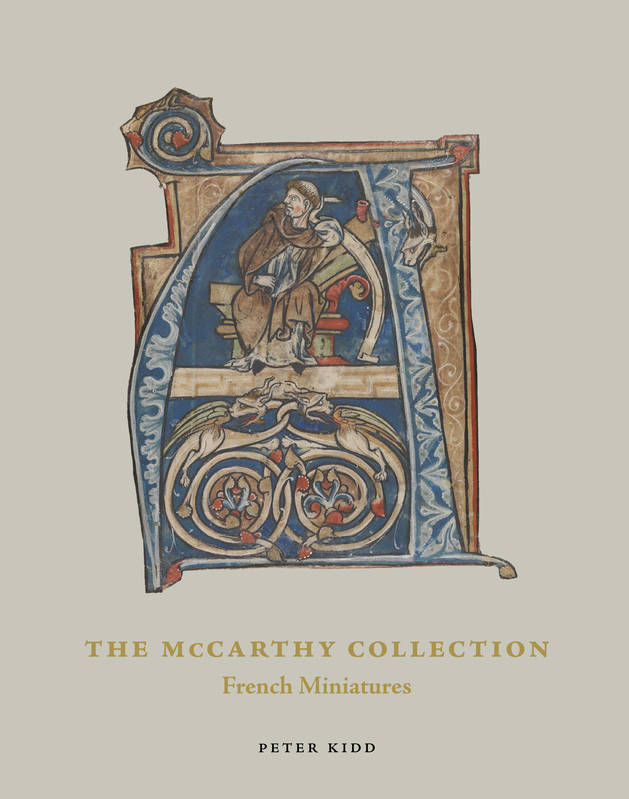 This substantial catalogue is the final of a three-volume set exploring a remarkable collection of leaves and miniatures from medieval manuscripts. Richly detailed with plentiful illustrations, this notable contribution to medieval scholarship describes French material from c. 1100 to the 15th century, with particular strength in the 13th and 14th centuries.

The McCarthy collection is arguably the largest and most important private collection of illuminated cuttings, miniatures, and leaves in the world. Following the publication in 2018 of Italian and Byzantine Miniatures and in 2019 Spanish, English, Flemish and Central European Miniatures, the third volume covers illumination from France.

Volume I (published 2018) has eighty Italian and eight Byzantine entries; Volume II (published 2019) is the smallest, with sixty-three entries, divided between eight Spanish (and perhaps Portuguese) entries, eleven English ones, ten from the southern Netherlands, and finally thirty-four from across Germany, Austria, Switzerland and Bohemia; the present volume is the largest, with approximately ninety-five French entries. The fact that the French material is the largest group overall is partly a reflection of Robert McCarthy’s early interest in French Gothic art, inspired by youthful visits to Chartres and other Gothic cathedrals.

In many cases the recto and verso of each item is reproduced, as the verso often provides vital textual, palaeographical or art historical clues to the date and place of origin, or traces of a later provenance and lists parent volumes, sister leaves and cuttings, some of which are also reproduced.